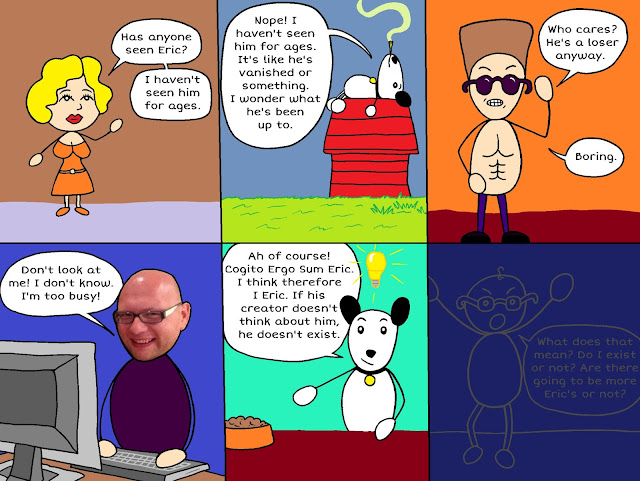 Erica: "Has anyone seen Eric? I haven't seen him for ages."

Droopy: "Nope! I haven't seen him for ages either. It's like he's vanished or something. I wonder what he's been up to."

Droopy: "Ah of course! Cogito Ergo Sum Eric. I think therefore I Eric. If his creator doesn't think about him he doesn't exist."

Limbo Eric: "What does that mean? Do I exist or not? Are there going to be more Eric's or not?"

Email ThisBlogThis!Share to TwitterShare to FacebookShare to Pinterest
Labels: Eric

Feel free to buy me a Doughnut but only if you want to. No pressure.

Cup a load of books

Promote your Page too

Cup a load of merchandise